We anticipate making a motion in the near future regarding whether to endorse candidates, a mechanism for determining endorsements, and examining the potential benefits of our endorsement.  Here were some of the things discussed:

- We could establish a "Patriot Approved Candidate" process.  Under such a process, we could review candidates (might include a questionnaire) and, assuming they are in align with our core values, they could receive designation as a Patriot Approved Candidate.  We would need some value added for the candidate in order for this to be meaningful (maybe a link to their web page; publicity for door knocking, fund raising, etc; or a small blurb advertising the candidate).

I know there is a lot of passion on this issue.  Please keep your comments positive and focused.

Here is an important article, I think - as we move to closure on this:

This is great.  I can't remember, did we introduce you to Les Gabriel at either the last meeting or the Christmas Party?  If not, make sure we connect you with him the next time we are together.  Did you get the newsletter today?  January is a PACKED month, so hopefully we can get you two together at one of those functions.  I know for a fact he will be at the RPV CC training on the 14th. 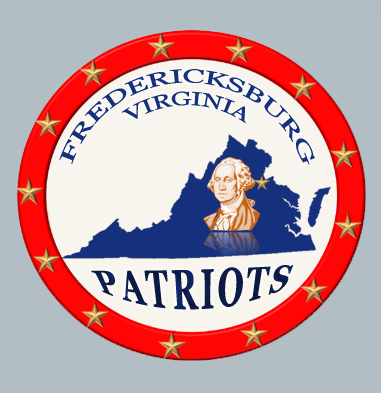 Permalink Reply by William D Burton Jr on January 2, 2012 at 5:50pm
I think if a candidate is endorsed by the tea party or any of there affiliate groups. It should be by candidate process with three quarters of the questionnaire answered to our liking. The reason I say this is because no one has a complete agreement with all of the questions or all of the values but also the main values should be in agreement.

Endorsement before goals, mission statement.  Unreal.  You don't have my support on this.  Until the group moves forward with one mind, count me out.  Always play it cautiously!  PC dudes, get your head out of the sand.  Quit voting on everything and get some goals in place.  You don't have goals in place, then I want my money back.

As crazy as it seems, I almost sense that you want things to be divisive.  I will gladly refund your money if that is what you want.  At the last meeting, with you there, we talked about our goals.  We are now working on prioritizing them and breaking them down into actionable objectives.  However, the goals are in place.  I am glad to have you working with us.  That said, if you're unhappy and your comments are always going to be confrontational and/or derogatory, I would much prefer to refund your money and let you find a group more to your liking.  We can have open, honest debate without the heartburn and acidity.

First of all I would like to submit to you that to turn down support,  for the organization to those that just want to belong as paying members,  in my opinion is suicide. As to the endorsement issue I submit that some type of approval and or endorsement is called for. In the last voting I first looked to the Fredericksburg Virginia Patriots site. I must admit,  I felt that the site gave me little help in my voting decision.

Jerry - We are a young movement - and I do think we are getting better; however we could use some help as we progress.  Could I call you to see where you may be able to assist us.  Les Gabriel is the Coordinator of our Legislative issues and voting guides, and he has a lot of ideas that you could likely help him with.

I went back and re-read this string, and one thing that struck me from Dustin's comment is that we should have a mechanism for withdrawing an endorsement or approval based on something a candidate does or says or which is discovered (something verifiable--not just media accusations) that is incompatible with our goals.   Such a withdrawl could be made before or after an election and it should be based on the same super-majority that it takes to get an endorsement.

I am in favor of the process listed here:  http://fredvapats.org/forum/topics/endorsement-motion, and here are my thoughts:

It is time we return to the concept of a citizen legislature, where after a time of service our elected officials are required to return to one of the industries they have participated in regulating.  Furthermore, I am opposed to returning anyone to Washington who participated in the process that led the United States to the financial brink we currently face.  I am opposed to George Allen because he served during a time when Republicans controlled both sides of Pennsylvania Avenue, and they did not lead to reduce our spending or tie our spending to a percentage of revenue.  We are living in a time when we need bold new leadership – and those who did not lead to prevent this mess we face today their party controlled both sides should not be given another chance to serve simply based on name recognition, money in the bank or the contacts.

During the course of the last year, I have had multiple conversations with each of the candidates who are challenging George Allen in the VA GOP Primary in June.  I believe each of them are solid citizens and have great ideas.  I think all of the four have the desire to be a servant leader, who will serve for a time and then return to private industry, or in the case of those that are over 60, retire after one or two terms.

While each of the four are articulate, I choose to endorse Jamie Radtke because not only is she articulate, she has solid ideas and she has a history of challenging the Republican Party.  We need leaders who are willing to challenge their friends – and Jamie is not afraid to do that.  I also choose to endorse Jamie Radtke because she has built an organization that can pose a viable challenge to George Allen.  When you study FEC Reports, her signature ballot game plan, and speak with grassroots activists around the Commonwealth – it is clear, in my opinion, that she is the only one that has the organization to definitely get on the ballot.  After the Presidential experience in Virginia during December, this should be a very important factor when we decide who to endorse.

Finally, I choose Jamie because I have witnessed first-hand the influence she has.  I cannot go into great detail here, but I have observed the influence she has, which is significant, yet she is humble and always available to listen to others.  I sincerely hope you will join me in not only voting to endorse Jamie Radtke – but to help do the work that guarantees she gets on the ballot.